The large urban conurbations that characterise the landscape of contemporary China, such as Shanghai or Beijing, are now part of the collective imagination. Other large centres, more inland and in full expansion, such as Chongqing, are less well known: in this megalopolis in western China, a government campaign has been underway since 2010 to transfer ten million people from the surrounding countryside, with an influx of about 1300 people settling there every day.

Photographer Tim Franco has been documenting this process since his first visit in 2009, attracted by the uncontrollable evolution of what he considers to be “maybe the most widely unknown megacity in the world.” The fruit of this work has come together in a photographic project entitled Metamorpolis, published in book form with a text by journalist Richard Macauley. It highlights the immaturity of this urbanisation in which masses of peasants find themselves becoming citizens from one day to the next without their lifestyle changing in any corresponding way.

Tim Franco is a French-Polish documentary photographer living in Asia. He is a firm believer in the artistic potential of photography, and his work has appeared in publications around the world, from Le Monde to the New York Times. For the past ten years, he has lived in China, where he has been documenting the changes in the landscape that follow rapid urbanisation.

Tim began his work in the countryside around Shanghai and Beijing, photographing with a medium format analogue camera. In 2008 he published, in collaboration with Gianpaolo Lupori, “Shangai Soundbites”, a book of reportage that takes readers on a virtual journey through the underground music scene, portraying emerging bands on tour in Asia. His success led Tim to obtain international assignments for his documentaries and in 2010 he was commissioned by the Enrico Navarra Gallery to work on a major project led by Frederic Edelman (architecture critic for Le Monde) on contemporary Chinese architecture. This was completed two years later and published in the 600-page book “Made by Chinese”. Also, in this case, the work is analogue, produced with a medium format camera.

It was during this period that Tim discovered the reality of Chongqing, and began the work that was to result in Metamorpolis, published only five years later and with great media coverage, culminating in 2015 with its presentation by the Asia Society Museum in New York.

Tim Franco is co-founder of Propaganda Studio, an agency of photographers working on documenting Asia, and has been represented by Institute Artist since 2015. 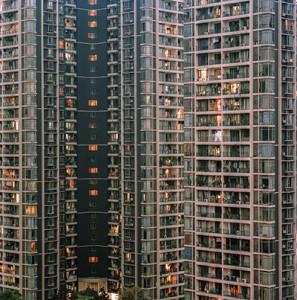 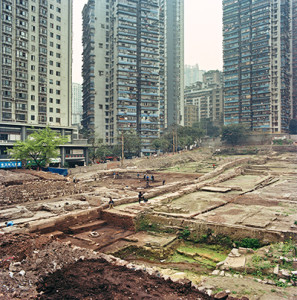 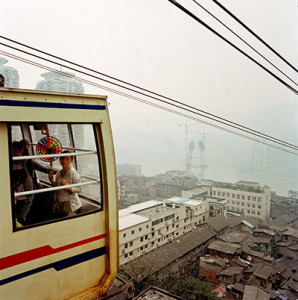