Our landscapes are altered, and in these alterations that we see the character of the inhabitants, in this way, landscapes are symbolic texts that attest to a way of living. Sicily is a palimpsest, a text constantly re-written, new over old, until the words can no longer be distinguished. The result is a language nobody understands, but order and identity can be found in photographs; when the solid matter man’s intervention is transformed into a weightless image; a tableaux is sublimated from the land. These photographs are a journey. Hard to read like the landscapes in them, they trace pathways, actions, and objects, charting a course through myriad destructions. Humans are present only in their artefacts; relics of the past and present, concrete inhabited by dogs. There is something to learn here, but we are unsure what, regardless each photograph tells us something unique, together they make a place to reflect on a landscape and our actions within it.

After varied studies, ranging from a diploma in electrical engineering, and classical guitar studies at the V. Bellini Conservatory of Music in Palermo, to studies in Forestry and Natural Sciences at the University of Palermo, he graduated in photography in 2012 from the University of Wales, Newport (UK) attending the course in Documentary Photography.

His interest in photography arose in 2002, initially focusing on theatre and stage photography. He has worked on assignments for several leading theatre companies such as Theatre du Radeau, La Fura Dels Baus, Soggettile teatro, Franco Scaldati, Vincenzo Pirrotta, Mimmo Cuticchio, Massimo Verdastro and for professional magazines such as Inscena, edited by Nuccio Messina. In 2006 and 2008 he won the “Occhi di Scena” award for theatre photography, organised by the Titivillus publishing house and Teatrino dei Fondi.

In 2008/2010 he worked with the Department of Cultural Heritage of the University of Palermo, taking photographs for research in the field of anthropology. He exhibited in solo and group exhibitions with UWN – Newport, Hand in Glove, The Lost Prairie, X3 Gallery, Der Greif, Belìce Epicentro della Memoria Viva. In February 2014 he completed an artist residency in Berlin offered by the Goethe Institute of Palermo on the occasion of the 25th anniversary of the fall of the Berlin Wall, producing a photographic diary of his trip, along with a project that will be part of a group exhibition in October 2014 at Palazzo Ziino in Palermo.

Today he independently pursues his own signature work by developing long-term projects whose main theme is the relationship between identity and landscape. In May 2012 he won the Reginald Salisbury travel award with his project CEMENTO. In March 2014, with his latest work on Sicily, “Sudlimazione”, he won the “Urban Landscapes” competition, organised by the P46 gallery with the collaboration of the online platform Glossom.

In May 2014, one of his photographs from the “sudlimazione” series was awarded first prize in the “public” section of the Frascati Fotografia national competition. He is currently the winner of a call for projects launched by the Basilicata Region, and is carrying out a month-long artist residency in the town of Aliano, producing a photographic work that will be presented at the festival “La luna e i Calanchi” in August. Concurrently with his work as an art and commercial photographer in still life and architecture, he is a designer and artisan of his own brand “disappear-sewings”, creating bags, accessories and artefacts in leather and textiles. 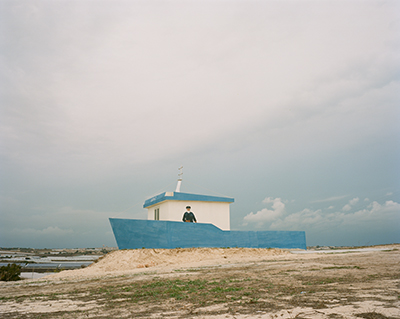 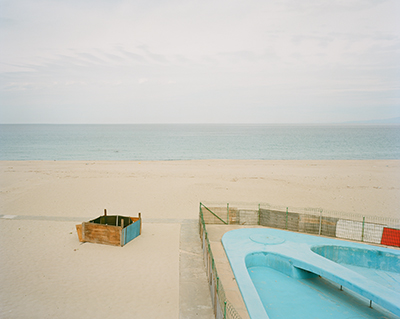 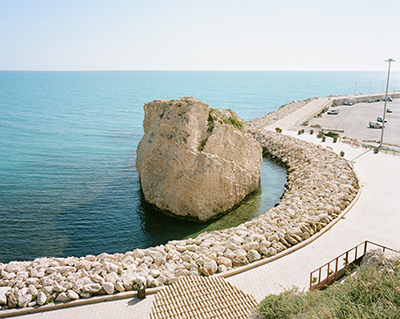 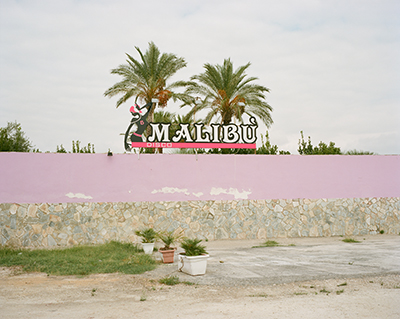