“FROM ELSEWHERE”
BY MEANS OF PHOTOGRAPHY

Via Bobbio, 6 / corner of Via Ventimiglia (MM P.ta Genova)

The three artists present individual projects whose common denominator is that they highlight an unconventional use of photography.

One of the most fascinating aspects of photography, right from its earliest days, is its ability not to be confined by any particular definition: what photography is or is not is a matter of speculation that is above all useful for highlighting, on each occasion, the capacity for hybridisation that has made this medium one of the most fertile languages of contemporary art. From elsewhere – by means of photography” showcases the works of three contemporary artists who do not engage in a dialogue based on a common theme or a shared aesthetic, but who come together to provide us with the evidence of a reasoned approach to photography.

On the one hand, we have the work of a photographer, Lorenzo Piovella, who openly follows in the conceptual footsteps of the photographic tradition of documenting artificial landscapes, between New Topographics and the Dusseldorf School, going so far as to create a science-fiction scenario that incorporates references to the world of videogames and the new media.

On the other hand, there is the work of two Ligurian painters, Matteo Mezzetta and Massimiliano Zaffino, who relate to photography as a necessary, and so far implicit, part of their picture-making process. They share a long friendship and a common artistic journey, and their pictorial production is animated by very different imagery and expressive choices, which betray a common poetry in the balanced modulation between reality and fiction. On the occasion of this exhibition, they both present a work of photography that does not distance itself from their pictorial production, but uncovers a level of meaning in it.

Mezzetta, bound to the hyperrealist tradition, uses photography as a latent painting, projecting digital negatives of photographs taken ad hoc onto the support, to reproduce pictorially the image in grayscale. His iconographic research moves between still photography and the preparation of domestic scenes in which the narrative intent, when present, is hinted at and left in suspense.

Zaffino also employs photography, but instead of setting up photographic sets, he composes elements of pre-existing photographs to create new, impromptu connections, combining digital practice with the analogue practice of collage. The resulting image is always dense with elements and takes on different connotations each time, sometimes that of a formal investigation, sometimes that of a narrative development, in each case often limitless in a rapid exploration.

The three projects are brought together with the purpose of offering a virtuous circle of vision and meaning, offering a particular insight into the complexity of photography and the liquid boundaries between the languages of contemporary art.

“My artistic exploration focuses on architecture and urban spaces. However, I must emphasise that, despite the social and cultural aspects of this subject, I tend to detach myself from any form of reportage. Rather, I rely on the intrinsic value of forms, thus striving to create a separate ecosystem. I am more interested in creating an imaginative space rather than visual documents.

The urban visions that enrich the science fiction landscape have been fundamental to my personal journey. I think I approached architecture in a rather unusual and somewhat banal way: I was attracted by spaceships. The next step was to establish a parallel between the concept of a spaceship perceived as an independent entity, and the skyscraper, as well as the bio-organic forms that punctuate the deconstructivist and parametric environment that is imbued with a spirit that I would define as science fiction.

Another source that has certainly been fundamental to my career path is the attraction I have always felt towards the world of video games. Video games offer an enormous amount of suggestions through fully navigable spaces in architectural and urban stereotypes. When I dive into the physical environment in search of shots, I can sense strong similarities with games, at least in terms of exploration and movement.

Ultimately, I relate to the city as if I have been pulled into some sort of specific game level that I can design, or in more photographic terms, an infinite negative.” 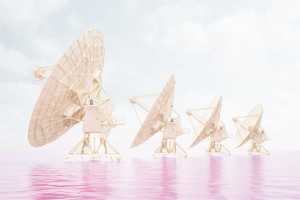 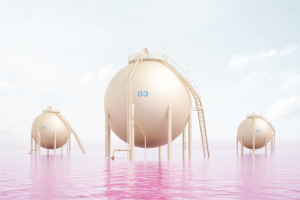 The pictorial research of Matteo Mezzetta moves from a classical hyperrealist matrix to obtain results that transcend it, from the need to go beyond the comparison between the photographic image and the painted image, while typical of this stylistic mode. The artist uses photographs that he himself has taken or selected as a starting point, refining them or altering them digitally in order to subsequently project them onto the canvas.

The time-lapse between the photograph and the canvas infuses the work with meaning, leaving the end viewer with a possibility of interpretation, creating a gap between the painting and the reality represented. 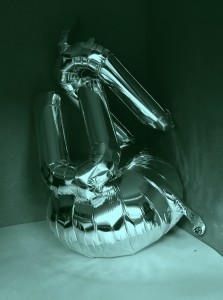 Massimiliano Zaffino was born in Chiavari in 1976, where he lives and works. If previously, painting was born from an imagination inspired by the reality frozen in the photographic shot, depicting moments of ordinary life whose main purpose was the almost classic relationship between the painting tradition and hyper-realistic image tout court, research has led him to solutions that create a link with an apparent reality, establishing within the pictorial frame a visual channel familiar to bucolic/rural visions that a closer reading reveals a mystery to be unravelled with the interplay of two worlds, without time or history, of “two parallel planes”

In his current work, the artist finds that the structure of the visual inventions in a collage system using graphics programmes, which he had previously conceived for painting, now becomes a finished work; the action of digital collage now explores the great affinities that different environments or landscapes re-establish as soon as the search for juxtaposition begins, reversing the original value of each image, giving it a surreal guise with the title that remains almost unchanged for each work: “Visual interaction with temporal exchange of roles/actions”.

The works are printed either on plastic material to be backlit and “pulled” on a frame illuminated by a simple led (light canvas) or on special fine art paper. 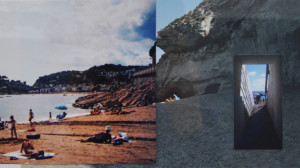 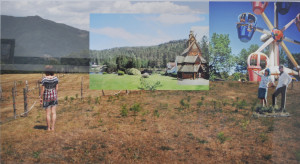