The project investigates the idea of the city as a subjective space, as a shared common area, at the same time both unique and multifaceted: every city contains within itself an infinite number of other cities, invisible and ever-present places that branch out and transform themselves in the subjectivity of the vision that inexorably both destroys and rebuilds them.

The ambiguity between the plural and the singular in the Italian title of the project, “Città” (which translates into English both as “city” and “cities”), and the choice to tell the story of many cities while always showing just one, namely Paris, mirrors the relativity of perception that belongs to each person as they pass through any urban space.

Starting with a photographic reinterpretation of Italo Calvino’s Invisible Cities, the exhibition presents ten photographs taken from the series of the same name and unfolds over four photographic films (Nero, La città muta, Città invisibile, Après 17:00 heures), made by the author in collaboration with musician Michele Agazzi. In these four works, the spectator passes through atmospheres, reflections and stories, immersed in a photographic and literary journey, doubly linked to the subjectivity of fruition, and the complementary relationship between music and images.

“To photograph cities is to undertake a static journey that fragments reality, that uncovers the layers of time in the hustle and bustle of pavements, that reveals metaphors in the simple gestures of passers-by and in the distances that separate one place from another in search of the names that each city possesses, allowing oneself to be transported into an infinite labyrinth of other cities, always the same and yet different, in which the individual finds themselves and loses themselves”, explains the author Francesco Acerbis in the introduction to the exhibition.

Francesco Acerbis was born in Bergamo in 1969; he is a photojournalist and author. After studying philosophy, he started working as an assistant in a photographic studio, later becoming a freelance photojournalist. He currently produces reportages for various newspapers and corporate clients, teaches “Photographic writing and photojournalism” at the “École nationale supérieure de la photographie” in Arles, is founder and director of the festival Transizioni, an international photographic film festival, and has published several books for children as an author and photographer in France and Italy. His research is oriented towards exploring the relationship between photography and literature, without neglecting the social aspects of contemporary reality. His images are distributed by the agency Signatures, maison de photographes.

Michele Agazzi was born in Bergamo in 1969; he graduated in law and psychology, and is a guitarist and composer. After gaining experience in the field of Italian rock music (in 1989 he collaborated on the production and promotion of the album “Stoffa” by singer-songwriter Carlo Skizzo for CGD-SUGAR), he worked with various musicians in the field of pop/rock/electronic music, and the soundtrack for theatre shows. Since 1995, his sound experiments on the guitar have led him to compose personal and intimate instrumental pieces, and to produce the album N.3.O – “Divide and Dissolve” (ed. Videoradio 2008) as composer and arranger. He has played in Italy, as well as in Barcelona and Los Angeles, with Robert Fripp & the Orchestra of Crafty Guitarists and has been collaborating since 2006 with Guitar Circle of Europe and Berlin Guitar Ensemble. 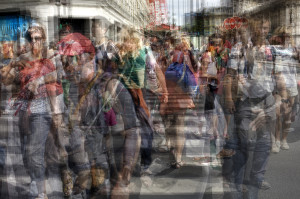 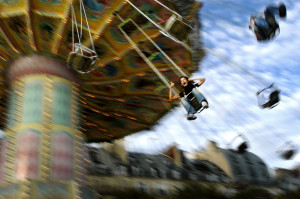 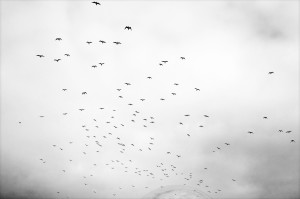