High Sea depicts the setting first viewed centuries ago by the inhabitants of the eastern Ligurian coast, and aims to stimulate reflection on the origins, history, and contemporary nature of this seascape.

A silent backdrop, removed from the process of laborious transformation wrought by man on the land, a scenery both challenged and defended day after day, which offered both fear and comfort, this particular landscape takes on a form of representation that reproduces an ancient vision together with a sense of instability, albeit coupled with the beauty of the setting.

Mare alto is the representation of a seascape that in turn looks out over the mainland, the area that is transforming and evolving.

The picture is filled up with the vertical view of the horizontal landscape, and this form of representation transforms the perception of the linear element by definition, the horizon, fills the frame, and renders the point of view motionless and unique.

Looking at the vertical sections of landscape-sea, one can imagine the many stories emerging from the facing coast, the stories of those who have watched this scene, perhaps unaware of what they were painstakingly creating.

The high sea, viewed from the heights of Portovenere, Monterosso, and Camogli, is also a work about man in his encounter with the primordial element that has remained unchanged, and which is also open to other interpretations, seen as the spatial dimension that transcends physical and geographical boundaries.
Alessandro Cimmino

Alessandro Cimmino, architect, was born in Naples in 1969. His work focuses on the representation of the landscape and the transformations of the contemporary city: in 1997 he made his debut with Napoli Fotocittà, Dintorni dello sguardo (Environs in the gaze), with a work on perceptions of the city in motion, entitled 60 km/h. In 2001 he created a photography project entitled Matrix, published in USE (Uncertain States of Europe) ed. Skira, winner of the Premio Pezza 2004 (2nd place), Triennale di Milano; in 2003 he exhibited in Naples, Palazzo Reale, Quadriennale di Roma for the “Mostra sull’arte contemporanea” (“Exhibition on contemporary art”); in 2004 he presented the video CCTV_ closed-circuit television, Napoli Est as part of Stazione Utopia Revisited, Naples; in 2006 he presented the work Mayday in a personal exhibition entitled Fotografie – CCTV at the Nowhere Gallery, Milan. In 2007 he exhibited MayDay at the Festival of Photography in Rome in the collective exhibition “Ereditare il Paesaggio” (Inherit the Landscape), at the Ara Pacis Museum and at the Museo del Territorio Biellese, Biella, and in 2008 at Spazio Officina in Chiasso, for the Biennale dell’Immagine 2008. 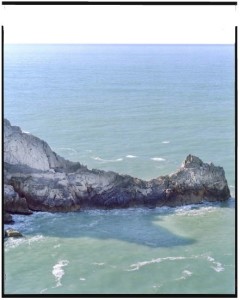 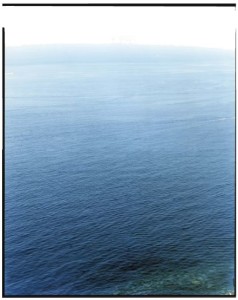 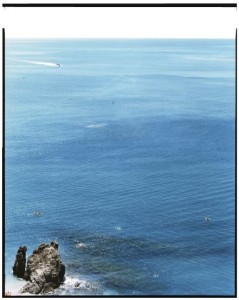